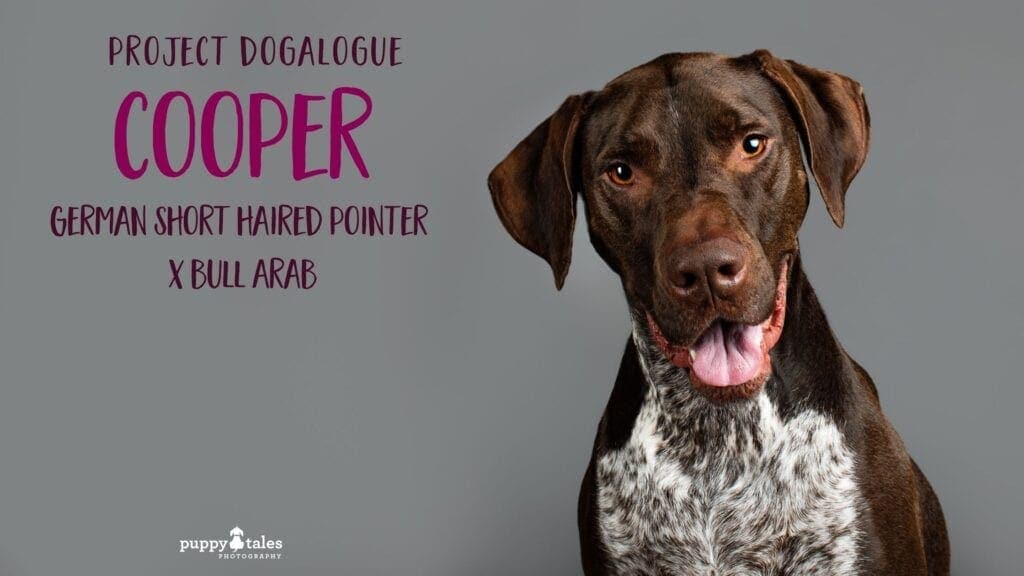 In terms of Coopers mix as a German Short Hair Pointer cross Bull Arab he has a very affectionate, loyal, friendly and intelligent personality. What makes Cooper the most special is that he has a very playful puppy nature and human-like expressions when interacting with the family.

What’s life like with a German Short Haired Pointer mix?

Life with Cooper is mental. He loves attention and being with family all the time. He’s very active so loves playing with toys and going walks. He loves having his photo taken and in particular with dress ups. He knows holidays and birthdays!  They are his favourite, as he loves unwrapping presents.  It’s very cute just how excited he gets with this. 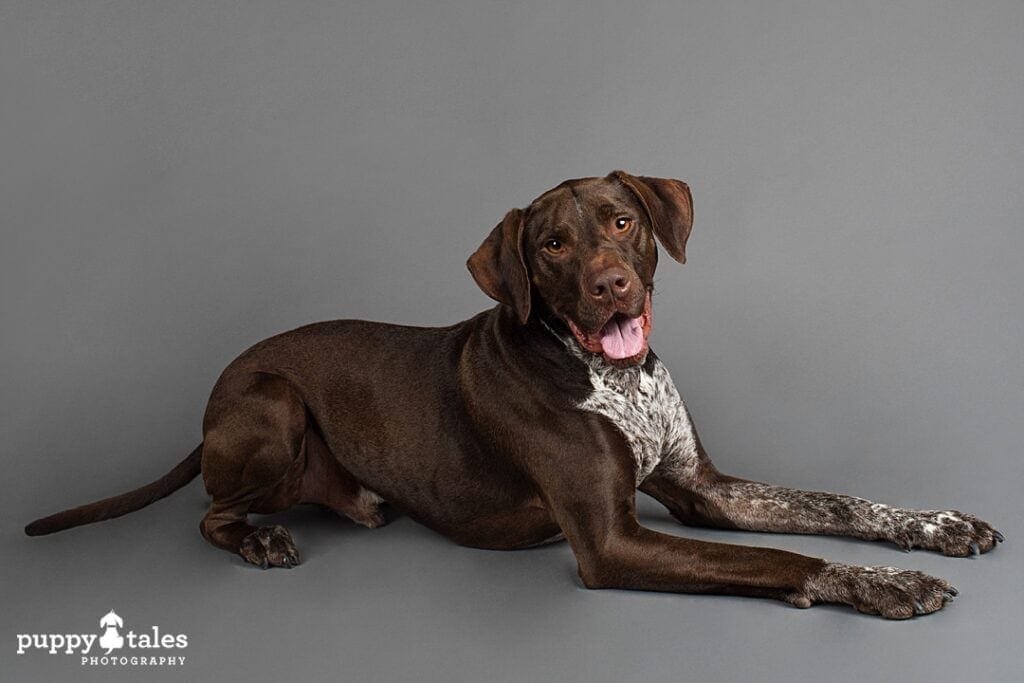 What was different from your expectations of a German Short Haired Pointer mix, once you had Cooper?

Cooper is very much like his breed mix with one exception! When we got Cooper we didn’t expect such a strong attachment to the family.  The German Short Haired Pointer is known for their independence. It’s been a dream to have a dog so much part of the family.

What’s your first memory of Cooper?

We found him by chance at the Mornington Shire Animal Shelter.  When we went to see him, here was this tiny hand-sized puppy.  And he came running straight towards with his big paws tapping across the floor. We instantly knew we had to have him. 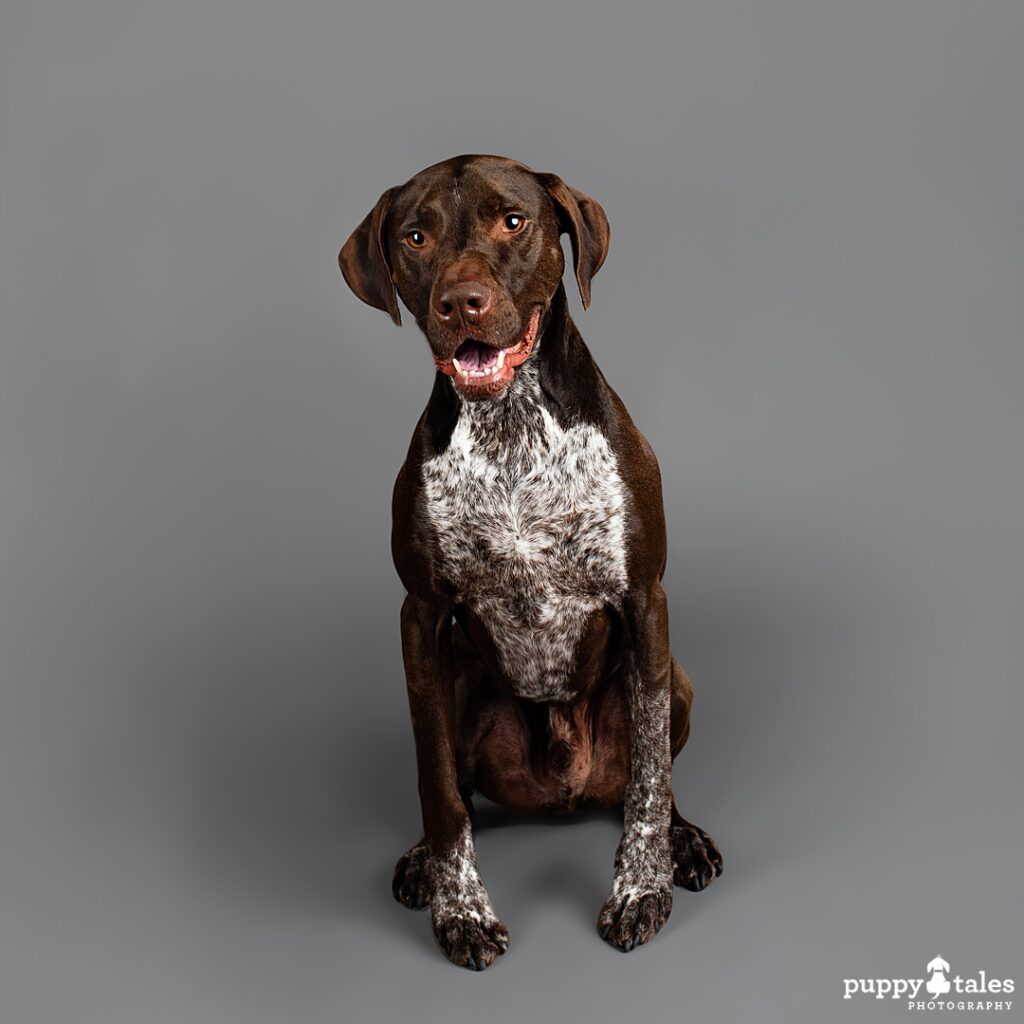 What do you love most about being a pet parent to Cooper?

What I love most about Cooper is that he acts like a tiny 35 kg lap dog.  He loves to cuddle up nice and close.  It’s also been incredible watching him progress through the levels in dog training.

What’s not so paw-fect about a German Short Haired Pointer mix?

Being so attached to the family means that Cooper can experience separation anxiety.  This can be a lot to deal with and requires patience, understanding and willingness to work on the issues this brings. 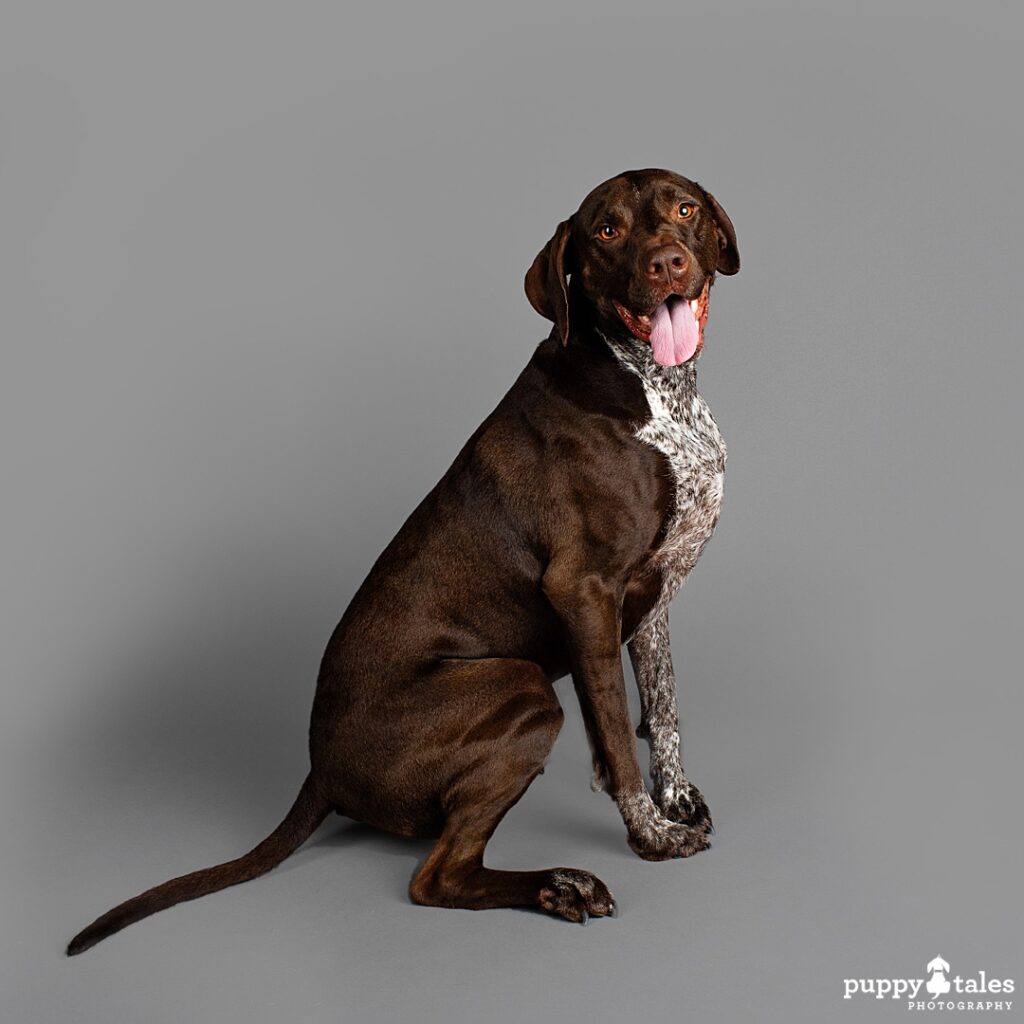 What nicknames does Cooper have?

Cooper gets called the ‘Muffin Man’.  He has a sneaky side and has been known to take baked cakes, muffins and cookies from the countertop when no one is watching closely enough.  He also gets ‘Dobby’.  He has a pose where his ears go back and it makes him look like Dobby from Harry Potter.

What things should others be aware of before thinking of a German Short Haired Pointer cross? Any advice, tips or suggestions for fellow parents of a similar mix?

They need lots of attention, lots of exercise and as a very smart hunting breed, they need mental stimulation.  So they are going to benefit from training and having something to do.  Walks are essential but getting into a sport like agility will also benefit them. 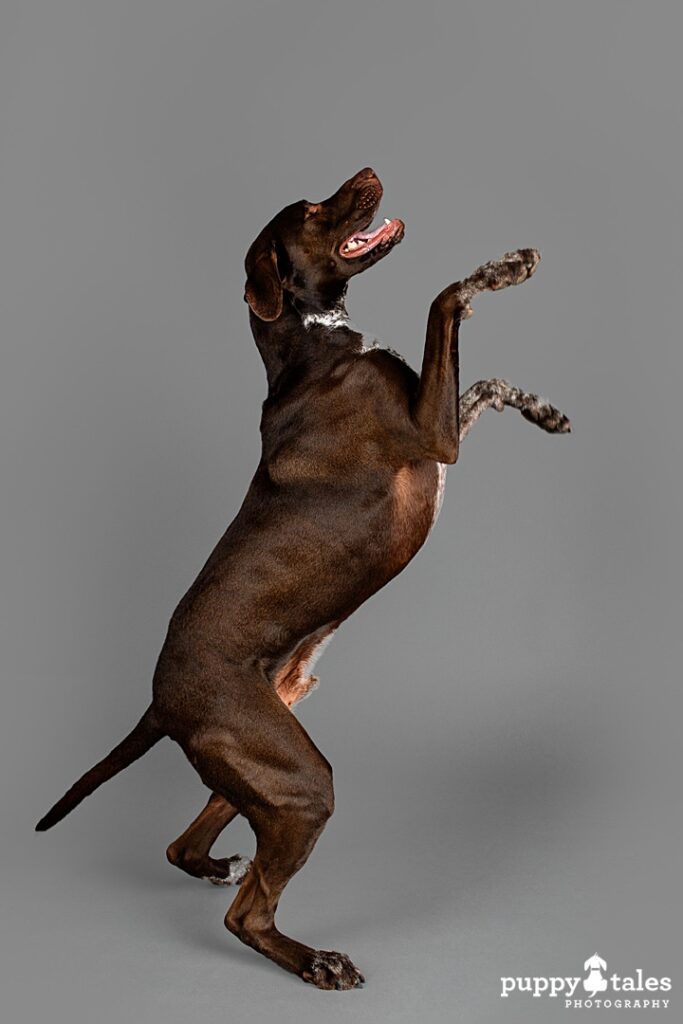 Are there any events, communities or groups that are especially wonderful for a German Short Haired Pointer mix?

We found Serenity Canine Academy a dog training group to be a great fit for Cooper.  As an excited dog, he’s around other dogs in training in a calm way.  That helps calm him. He loves and benefits from the mental stimulation he gets through training.  They also do group pack walks, dine-in dog-friendly lunches and more so both Cooper and we humans love that.