Since dogs share our lives and our homes we often like to feed them the foods that we like to eat. While some people might regard this as a special treat, we must be mindful that there are foods that humans can happily consume that are in fact poisonous to our furry family members. One of these such foods is Chocolate. 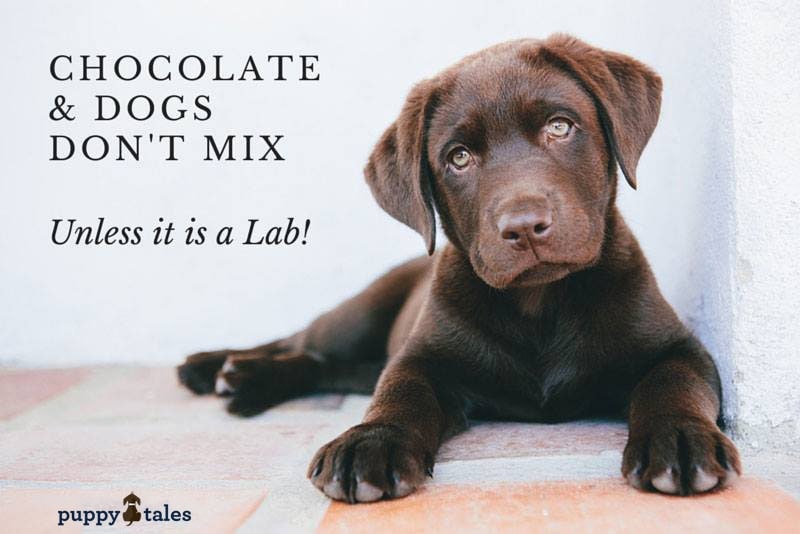 What is in chocolate that is so bad for dogs?

While humans and dogs are both mammals, it is clear that we are different in many ways. One of the not so obvious ways is that our physiological systems metabolise chemical compounds differently. This means that when our bodies come into contact with chemicals – by whatever means – dogs and humans can have very different reactions. Chocolate is made from cocoa beans which have naturally occurring methylxanthines: caffeine and theobromine. Both these compounds are toxic to dogs but theobromine is the main culprit in chocolate as it is present in concentrations 3 to 10 times greater than that of caffeine.

Dogs metabolise theobromine very slowly and it can stay in a dog’s bloodstream for up to 20 hours. During that time it interferes with the body’s functioning by stimulating the central nervous system and affecting the heart and kidneys.

Is some chocolate worse than other chocolate?

How much is too much?

However, even if your dog only consumes a very small amount of chocolate keep in mind that harmful effects can be seen at lower levels (as mentioned above) and also that dogs often get a taste for chocolate – they find the flavour of theobromine addictive. So once your dog gets a taste for Lindt 70% Cocoa it might sniff it out at every opportunity. 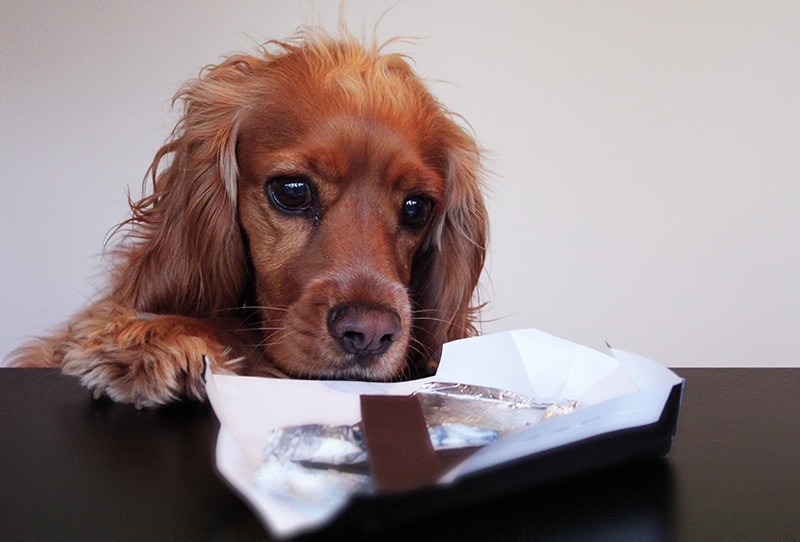 What else contains theobromine?

It should be noted that other things contain theobromine; such as cocoa mulch. In fact the most severe cases of dogs suffering theobromine poisoning have been due to exposure to this type of garden mulch, as owners have not been aware their dog has eaten several mouthfuls. Cocoa mulch is not generally available in Australia but if you have any pets accessing your garden it is advisable not to use it.

Are dogs more susceptible than other pets?

Dogs are the most common victims of theobromine poisoning even though cats and kittens are more sensitive to the compound. This is because cats are less prone to eating chocolate – especially in large quantities – as they are more finicky eaters and they are unable to taste sweet things.

What are the symptoms of poisoning?

Symptoms of theobromine poisoning usually show within 4 to 24 hours of your dog having eaten chocolate. Early symptoms include excitement, nervousness, excessive thirst, increased urination, vomiting and diarrhea. As more theobromine is absorbed into their system more severe symptoms can occur such as muscle tremors, seizures, cardiac dysfunction, coma and in some rare cases death (usually due to heart issues). 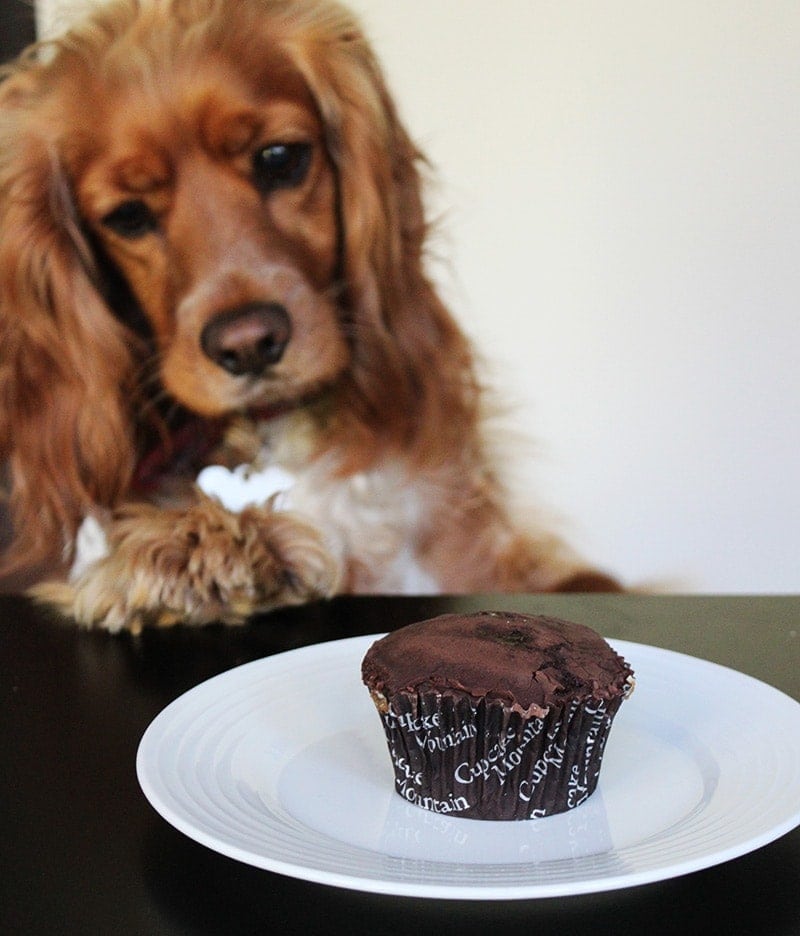 What do I do if my dog has eaten chocolate?

Call your vet immediately (or a 24-hour emergency vet clinic) and let them know of any symptoms and how much chocolate they have consumed. Your vet will advise with next steps dependent on the dose of theobromine they suspect your dog might have consumed. While there is not an antidote to theobromine poisoning there are many things your vet can do such as inducing vomiting, administering activated charcoal, IV fluids, anti-seizure medications and possibly cardiac medications. Most dogs recover in 2 to 3 days after treatment from their vet.

Please note: Puppy Tales provides these articles for information purposes and we are not trained veterinarians. Therefore, for any health problems with your pet always seek immediate veterinary advice.