This Saturday the 25th of April marks the 100th anniversary of the Australian and New Zealand Army Corps, or ANZAC, landing at Gallipoli. This landing was seen as the “birth of nationhood” – it was the first conflict that these nations fought as federated countries. The date was chosen to be the National day of commemoration for all those who have served and, especially, those who made the ultimate sacrifice. Alongside those men and women who’ve served were many animals, including dogs. 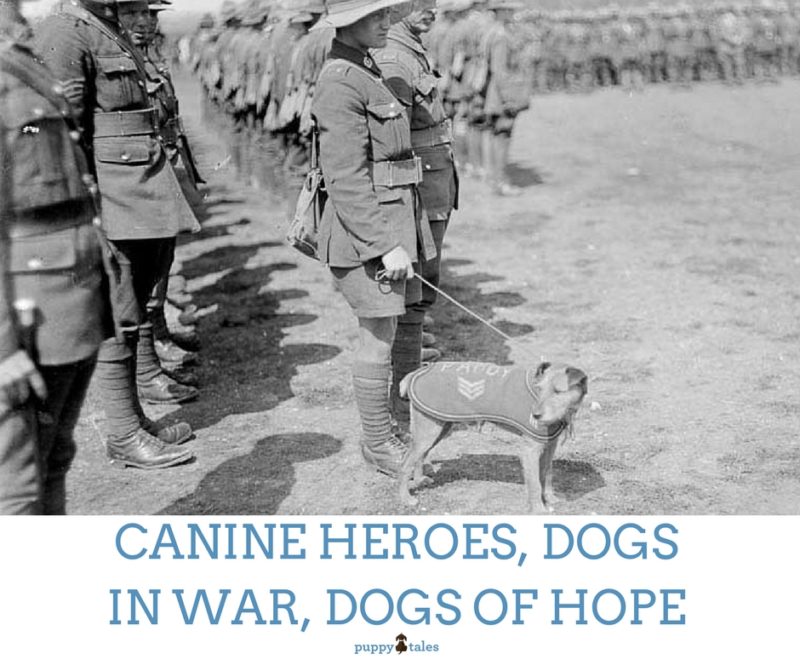 Perhaps you’re aware of the role of dogs in war. The canine qualities of loyalty and intelligence have perfectly equipped them for roles as messengers, carrying medical supplies, guarding vital equipment, searching for wounded, detecting hidden explosives, mascots and morale boosters for the troops.

I set out to commemorate the contribution of these four-legged heroes who also served. As I looked through the records and stories I found, my focus shifted from a catalogue of the canines that played a part in war, to two brave dogs whose stories epitomise the contribution that dogs have made. These dogs both served in the First World War, and both survived the Gallipoli battlefield. One is an Australian dog name Digger. The other is a New Zealand dog named Paddy.

I can’t say why their stories moved me to tears, perhaps it’s imagining their confusion or fear whilst mankind went mad around them; and feeling the hurt and suffering that they experienced. But perhaps, its also their incredible acceptance of circumstances and the companionship, comfort and cheer these dogs would have given in the bleakest of times. This ANZAC day, as my tribute to the many who sacrificed so much, it’s seems fitting to remember the stories of these courageous canines whose lives intertwined with those of the ANZACs.

In the autumn of 1914, Digger was a stray. Digger knew nothing of the war in Europe, and when troops started arriving at Broadmeadows, he went to investigate. This dark brown and white Bulldog quickly found a kindred spirit in a young man, just 22-years old, Sgt James Martin of the 1st Division Signal Company.

When the regiment finished their basic training and marched to the troopship, Digger followed. By fair means or foul, Sgt Martin convinced the authorities to take Digger along as their mascot when, on 20 October 1914, the soldiers sailed from Melbourne, Digger went on-board with them.

Digger served in the AIF for 3 ½ years and saw action in Gallipoli, and the Western Front in France and Belgium. But Digger was no spectator; he was on the front line. Ever faithful to those he adored and who adored him, he went over the top with the troops – not once, but an astounding 16 times.

Life in the Trenches

Digger was part of life in the trenches. When the alarm sounded for a mustard gas attack he knew the drill and went to the nearest soldier to have his gas mask fitted. Despite this, at Pozieres he suffered chemical burns – wounds that troubled him in later life.

Undeterred Digger took food to wounded soldiers in no-man’s land, and brought back messages from those capable of writing. In the process he was wounded, gassed, and burnt. He lost one eye, most of his teeth, and became deaf in one ear…but served on.

Early in 1918, Digger’s owner, Sgt Martin, was invalided out of the army and Digger was repatriated with him. The pair returned together to Sydney – a stroke of luck because just one-month later strict quarantine laws were introduced which would have prevented this.

Martin and Digger continued to work together by raising money for returning troops. In recognition for Digger’s war effort, the war office awarded him a silver collar, engraved with insignia usually reserved for returning servicemen.

But Digger had needs of his own. Scars from his burns required expensive medication that Martin could not afford. A picture postcard was issued, put on sale to raise money for his treatment – featuring Digger in his silver collar bedecked with patriotic red, white, and blue ribbons.

Sadly, Digger’s story has a heart-retching end. Digger lived into old age but on Empire Day (May 24, 1919) on hearing celebratory fireworks he took fright. He believed himself under fire once again, panicked, and tried to jump a fence to escape. But he fell back, seriously injuring himself. He managed to crawl to Martin’s bedside (who was in hospital at the time) and died beside his master’s bed.

Paddy, the Irish terrier, belonged to Sergeant-Major Beaumont Woodhead of ‘A’ Company, Wellington Battalion. Despite his rank, the Sergeant-Major was not above bending the rules. Regulations forbade taking dogs on troopships, so instead Woodhead hid his dog.

They were two days out at sea before Woodhead allowed Paddy up on deck – by which time it was too late to send the dog home. Woodhead successfully argued that Paddy was a mascot and part of the regiment, so had every right to be there. Mascots represented the spirit of the regiment, and said to bring good luck. But more than that, they raised the spirits of the troops, offered comfort in a harsh world, and gave the soldiers a rare reason to smile.

It seems everyone had a soft spot for Paddy. As this diary entry from January 29, 1915, by Major Bill Cunningham bears out:

“Today fresh meat was issued. Skirt-steak the cook called it. Tough as leather. Paddy got most of it.”

Paddy took part in desert training in Egypt, and then went with the legendary ANZACs to the Dardanelles. On 25th April 1915, the Wellington Battalion and Paddy landed, under fire, at Gallipoli.

Paddy’s reaction was to run around barking. As one eyewitness put it:

“Endeavouring to discover where all the nasty snappy whining noises were coming from.”

As night fell, the troops found the dog’s apparently lifeless body stretched on the ground. Thinking he was a casualty of war, they went to move him, only to be growled at. Paddy was not dead – just dead-tired.

At Gallipoli Paddy took part in charges on the enemy lines. Indeed he raced ahead, reaching the trenches first to bark at the astonished Turks. On the frontline he kept his comrades company as they dodged bullets. He was part of the bloody Battle of Chunuk Bair, by which time only he and one trooper remained from the original company.

Showing signs of shell shock – shaking violently and cowering at loud noises – Paddy became part of the Second Wellington Battalion, and sent to the Western Front. Mercifully, once there he stayed behind the Front, in the supply line.

Unfortunately for Paddy, when the war ended, strict quarantine laws meant it was impossible for him to return to New Zealand. Although export papers were issued, they were never taken up. Instead Paddy was cared for in London by the RSPCA, and then fostered by Jennetta Campbell Rogers, a lady from Devon.

She corresponded regularly with Paddy’s old regiment, who never gave up hope of his eventual return. By the time regulations eased Paddy was an old, frail dog. For his sake, the soldiers relinquished their desire to see Paddy again and agreed to let him end his days in Devon.

The Last Word Goes to Paddy

On his death, Mrs Rogers sent his regimental collar back to the Wellington Regiment, with a touching condolence letter:

“I should like the Regiment to know that Paddy’s last years … were as happy as care and kindness could make them. He was a well-known character, and his service made him a heroic figure.”

Lest we forget the men, women, dogs and other animals who have served. 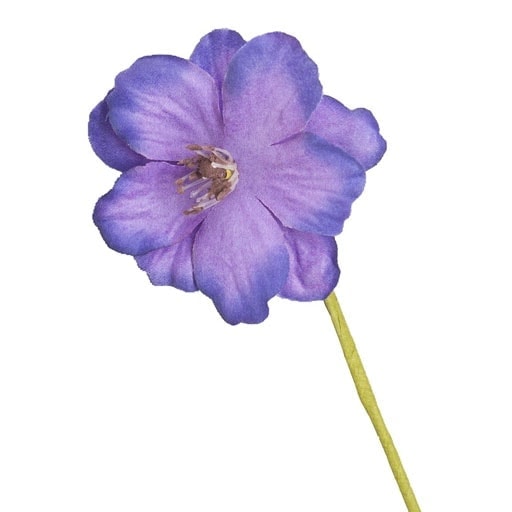 If you’d like to honour the contribution of thousands of animals to have served like Digger and Paddy, then you can purchase and wear a purple poppy. It can be worn alongside the traditional commemorative red poppy and/or the white poppy for peace. In Australia, funds from the sale of the Purple Poppy go to Australian War Animal Memorial Organisation who create memorials to these extraordinary animals so their memory never dies.