Are you planning to add a dog to your household and wondering what breed to choose? Are you looking for an intelligent, bold, and active breed who is also friendly and comical? If you answered yes, then a Scottish Terrier is your ultimate dog.

Scottish Terrier is a friendly, adaptable, playful, and loyal dog. He is suitable for families with children and other pets.  The Scottish Terrier is very protective of his family. He makes an excellent watchdog that loudly barks when he sees strangers at the door. 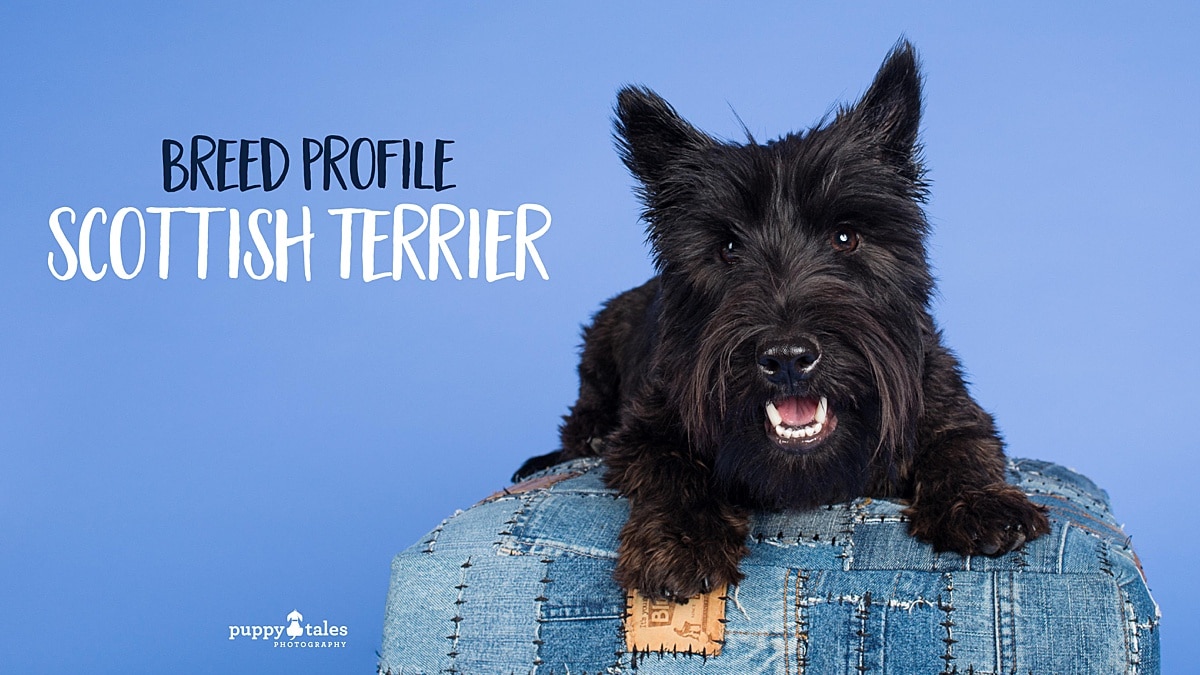 Scotties have a weather-proof wire-haired coat. The topcoat is hard and wiry while the undercoat is soft and dense.

Shedding: Scottish Terriers are extremely low shedders and are considered hypoallergenic. The hair of Scotties just keeps growing, so they don’t shed as much as other dogs.

History of the Scottish Terrier

History: The first known mention of the dog was by Bishop John Lesley in his book History of Scotland from 1436 to 1561. As he describes them, they are a “dog of low height, which creeping into subterraneous burrows, routs out foxes, badgers, martins, and wild cats from their lurking places and dens. Scotties were originally bred to hunt prey like rats, badgers, and foxes. They are descended from the ancestral Highland Terrier, and closely related to the West Highland White Terrier.

The Scottish Terrier has lived in the White House more than three times.

Scottish Terriers need exercise to stay fit and healthy. You can meet their exercise requirements by:

Scotties are intelligent dogs and can be easily trained by using positive reinforcement techniques. They can learn tasks and tricks very quickly.

Behavioural issues may stem if they do not get exercise and mental stimulation. Despite being intelligent, Scotties are highly independent and that makes them difficult to train. Early socialization is important for getting your Scottish Terrier used to visitors and other dogs.

Your Scottish Terrier’s diet should be healthy and include all nutrients. If your Scottie is on commercial dog food, it must be safe, affordable, and made with high-quality ingredients. The ideal diet for your Scottish Terrier will also depend on their age, weight, health, physical activity level, and budget.

If you own or are planning to have a Scottish Terrier, you need to be aware of his health concerns. The common health issues seen in this breed are:

We’d love to photograph them in the studio or on location and hear some personal stories about life with these pawsome dogs!