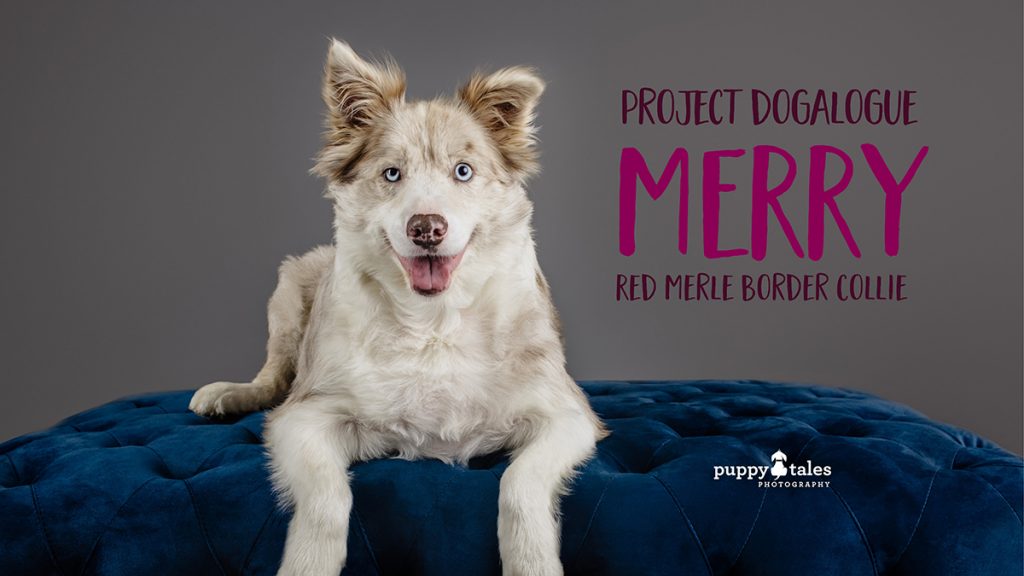 Describe Merry’s paw-sonality? What makes her so special?

Merry isn’t a typical border collie, instead of herding sheep, she likes to ‘herd’ waves and chases them up and down the beach for hours, doesn’t need other dogs to have fun, and likes to relax by my side while I research my history book. She is basically a human, and sometimes it’s scary.

Merry is unique looking being a red merle Border Collie, also because she has several birth defects. These include a curled over the tail and one eye smaller than the other. As a puppy, she was hit by a car that broke her leg, but she recovered and is as stubborn as others to overcome what life throws at her!

Is this the first time you’ve had a Border Collie or do you have a longer history with the breed?

This is the first time I’ve personally had a border collie, but my sister and parents brought border collies around the same time I got Merry, and we’ve named them respectively after hobbits from the Lord of the Rings Series. My sister has Pippin, my father Bilbo, and my mother Frodo. They’re all different coloured border collies with Merry being the beautiful red merle of the family. My last dog was a Maremma sheepdog, so I love unique dogs of any kind! 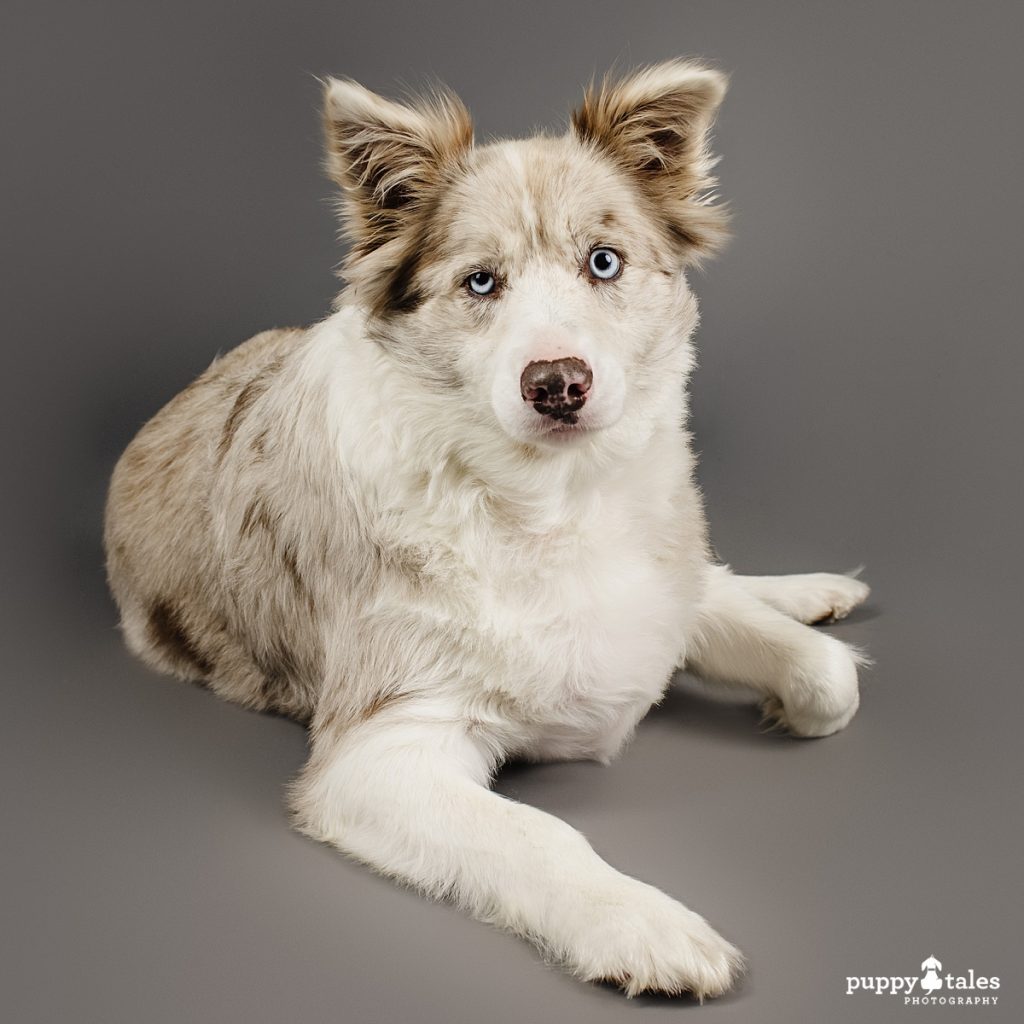 When I first found Merry’s advert, it was for the litter she was born into. I’d lost my last dog a couple of months before and wasn’t actually looking for myself. I was looking for my mother, but when I called the lady, she mentioned that she had only one puppy left, and because she had deformities, no one had taken her so far. I remember just knowing I had to take her. Growing up with autism, I always felt different and out of place from others my age, and knowing that Merry was a dog who’d been born different, I wanted to give her the most loving home where it didn’t matter what she looked like, she had everything.

What’s life like with a Red Merle Border Collie?

Border collies have energy and sass. Living by the beach, Merry loves to command the beach as her paddock. She’ll get all the pats she can, before chasing all the waves and playing fetch. When she’s not winning hearts, she loves to relax near any human that’ll have her, but often is glued to my side. She loves laying on my bed while I do my research work, or watching from the deck of my house as everyone walks past. Turns out, my neighbours know Merry’s name but not mine! 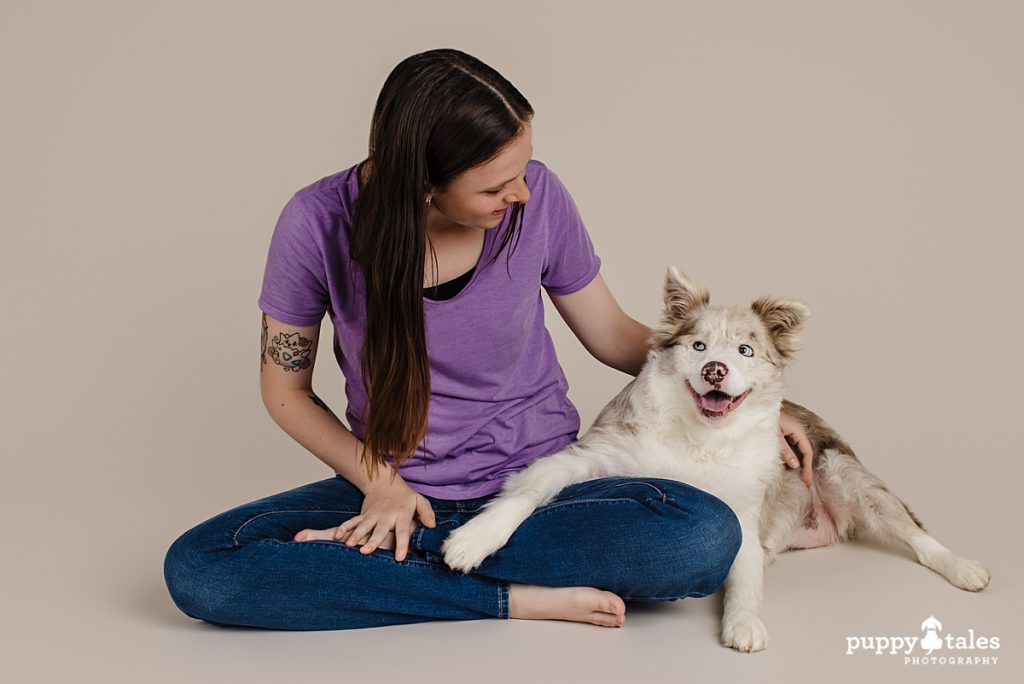 What was different from your expectations of a Border Collie, once you had Merry?

Merry is very different from most Border Collies. Her beautiful red merle coat is unique. Her built and, in general, personality is unique to many other border collies I’ve met. She’s not animal orientated, preferring humans to other dogs or animals, and isn’t as focused on herding as other dogs are. She loves to fetch and walks, but she’s definitely not a farm-oriented dog.

Is Merry like most other Border Collies, or does she have some unique traits?

Merry is unique compared to most Border Collies. Basically, the most obvious difference is her tail. It is believed it happened in the womb, as Merry was born with her tail half moulded to her body and curled over. She has limited movement, and it somewhat wags, but it doesn’t have full movement. As a red merle Border Collie and thinking her tail is bob and not an actual full tail deformed, most people mistake her for an Australian Shepherd. Also, Merry has bright blue eyes, very pale in colour and many people comment on their unique colour, alongside the fact one of her eyes is smaller than the other. What do you love most about being a pet parent to a Red Merle Border Collie?

She’s one of a kind, I love her because she’s been there for me through some hard times, and loves nothing more than being around me and simply just relaxing in my space, but not needing my attention. she’s the perfect dog for someone who researches on the side, as she’s happy to watch me do my work without interfering! I love her to the moon and back.

What’s not so paw-fect about a Border Collie?

Sometimes, she’s a little too eager to be moving about all the time, and gets quite sulky if I don’t let her into the room I’m in. Also, due to her mischievous nature, she was hit by a car at the age of 10 months, and after a scary day or so, found out she’d broken her leg. A lot of money and months in a cast later, Merry healed, but it meant because of her being unable to exercise she gained quite a bit of weight. Now she’s in better shape, but it’s been a challenge. 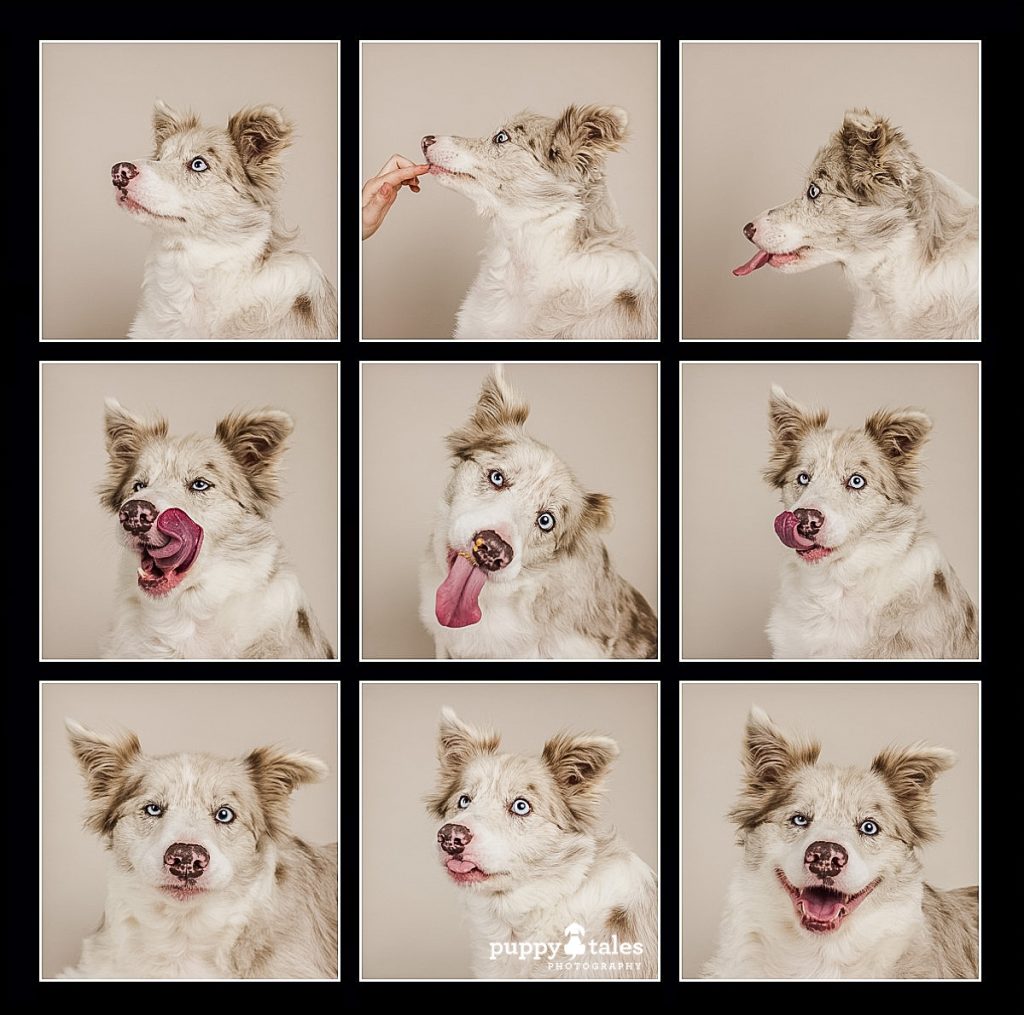 What things should others be aware of before getting a Border Collie?

Border collies have energy, and definitely need to be walked daily. Beyond that, they also have instincts to chase cars, which can end in really bad situations! They are intelligent, but this intelligence can be used against you, with them escaping a harness if they are so inclined (my sister’s dog does it frequently, thankfully Merry isn’t interested!) They also sometimes like to herd other dogs, which can be quite a sight at a public place!

Are there any events, communities or groups that are especially wonderful for a Border Collie?

I take Merry to a local off-leash dog beach, which Merry loves! She loves the ocean, and all the owners are absolutely lovely!