Top o’ the mornin to yer! Me Irish eyes are smilin’ and I’m a happy go-lucky lad. * Remy’s now adopted.
His Happy Ever Story – Remy has found is loving furever family.  He now lives with a mum, dad, three teenages and an Irish Setter sister named Amalie.  He lives near the beach and has the pawfect Irish life – there’s a lovely deck to lounge about on, a doggie door so he can come in and out as he pleases with Amalie and everyone argues over whose room he’s going to sleep in of a night 💕💕

Remy the Irish Setter is a head turner. Besides that stunning red coat, you’ll find a happy dog who sees the best in everyone, be they two or four-legged. Indeed, the only danger Remy poses to people or other dogs, is smothering them with love! 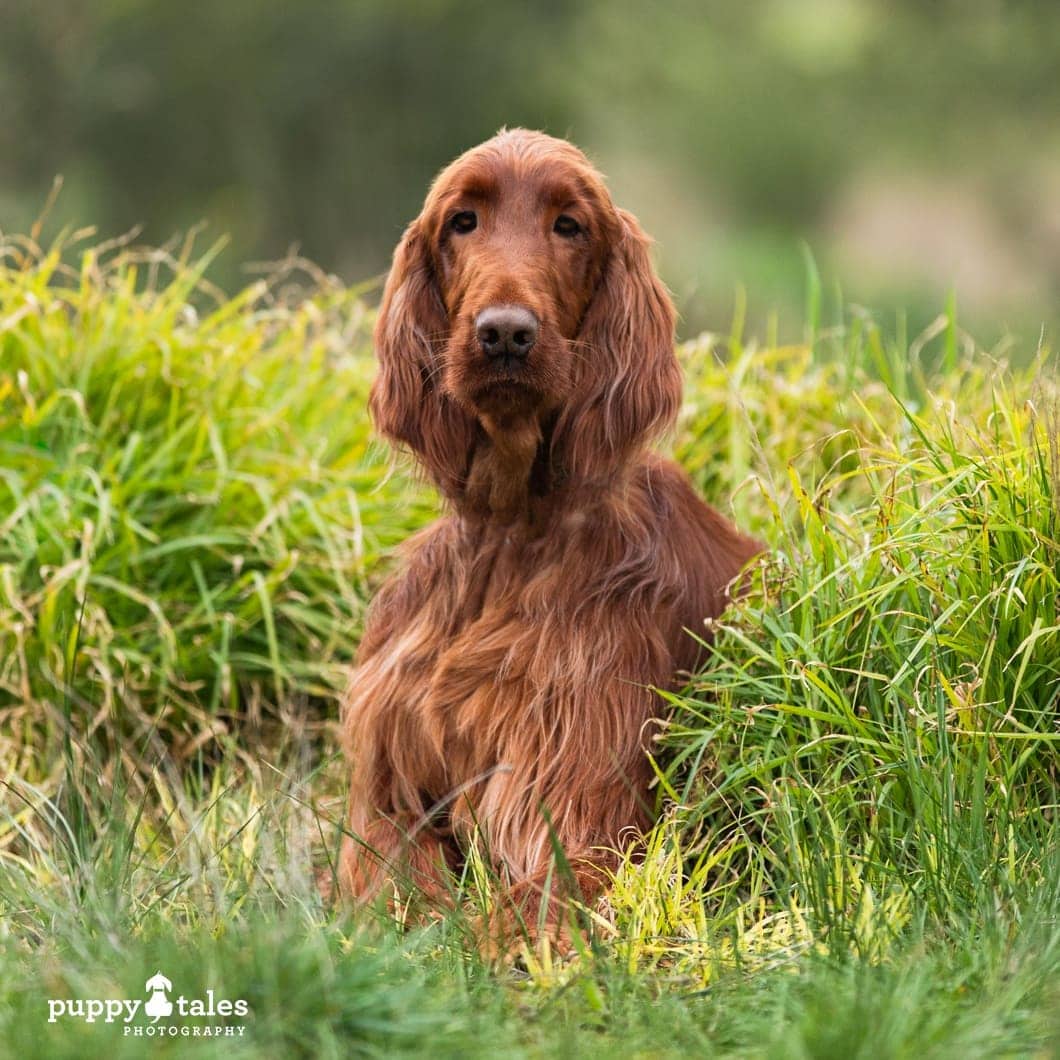 And if Remy has a fault, it’s underestimating the impact of 38 kg of flying red fur launched across a room to say “Top o’ the morning!” . Which is why he’d appreciate keeping up with his obedience training (which he excels at) to practice those good manners. Remy is house trained, with a special “Ruff ruff” when it’s time to go out. Despite his size Remy is a house dog – he’s a sensitive soul and needs company. Actually, he gets a tinsy bit anxious when left alone and tells the world about it. The window glass gets a bit smeary but he soon settles, and isn’t destructive. 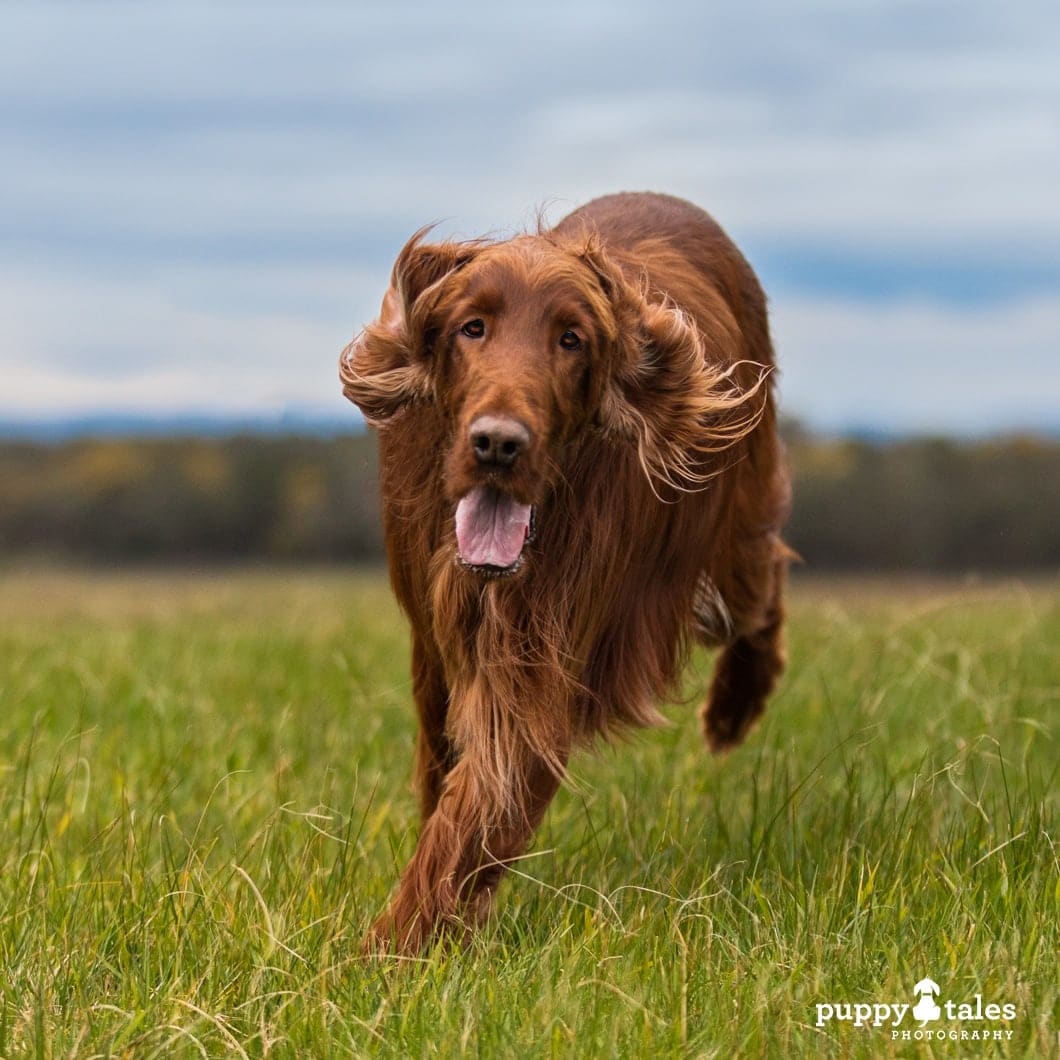 Lastly, Remy seeks a super special pet parent. You see he has epilepsy, which is well- controlled, but requires six-monthly vet check ups. If you have the time and energy for a sensitive red-head whose idea of heaven is to be by your side, then make Remy’s Irish eyes smile.  Get in touch with his foster hu-man.  She’ll fill you in on so much more about Remy and his quirky irish self! 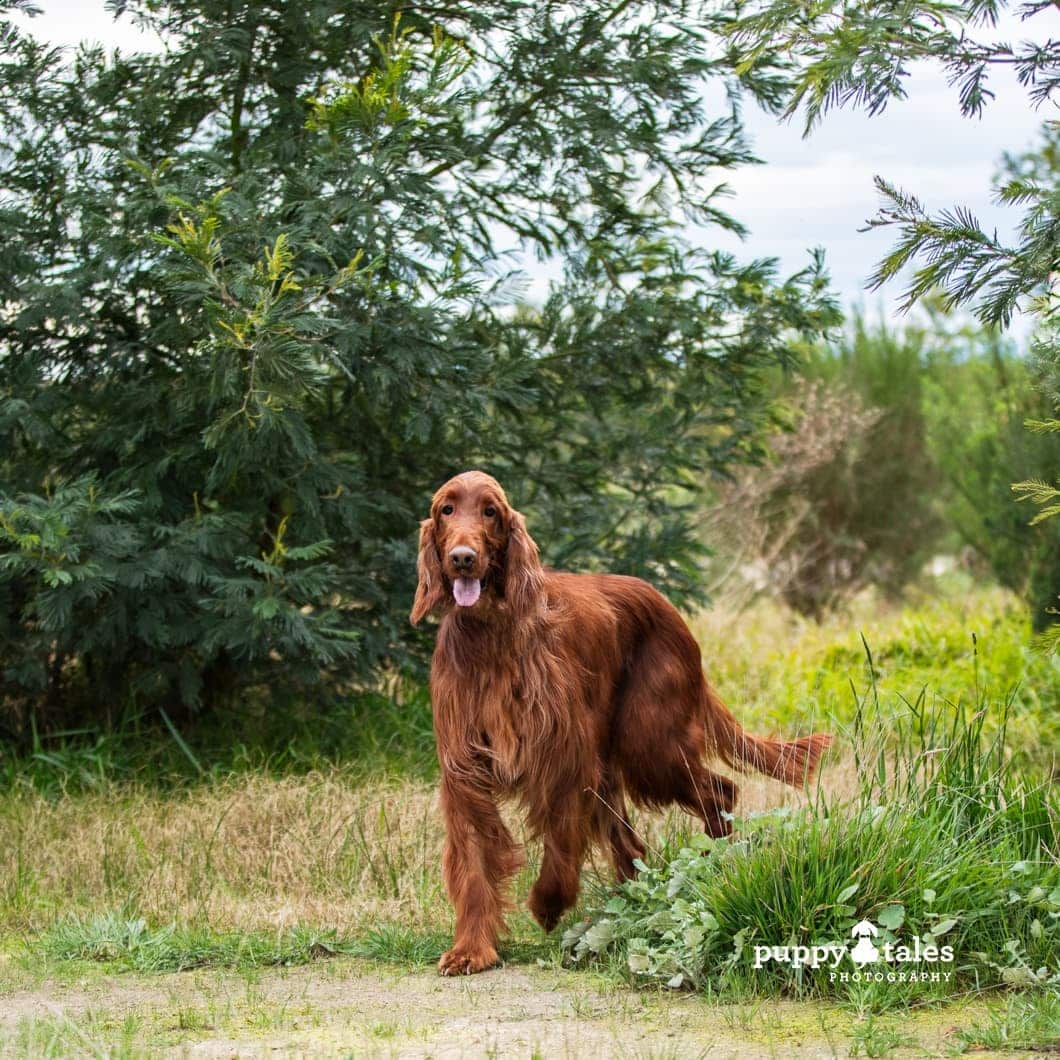