I recently stumbled across some amazing photographs taken of rescue dogs. So gorgeous were they that I had to start looking into the story behind them.

I discovered it was a project by Stuart Holroyd for Bay Tree Rescue in Cyprus. His is a stunning creative endeavour to raise awareness and funds. Rather than using sad photos of dogs in the Rescue, Stuart’s photography beautifully tells the story of the dogs depicted – a story based on each dog’s unique personality and background. Though creating positive and happy images for each of the 10 dogs photographed, much attention has been generated for the dogs and the Rescue.

I was thrilled when Stuart agreed to be interviewed for Puppy Tales.

How did you meet Kayte Wilson-Smith & become involved with the Bay Tree Rescue?

I met Kayte in March last year while speaking with one of the locals in the village. I could see she needed help and I had seen something similar done before just not to the extant I wanted to go to. 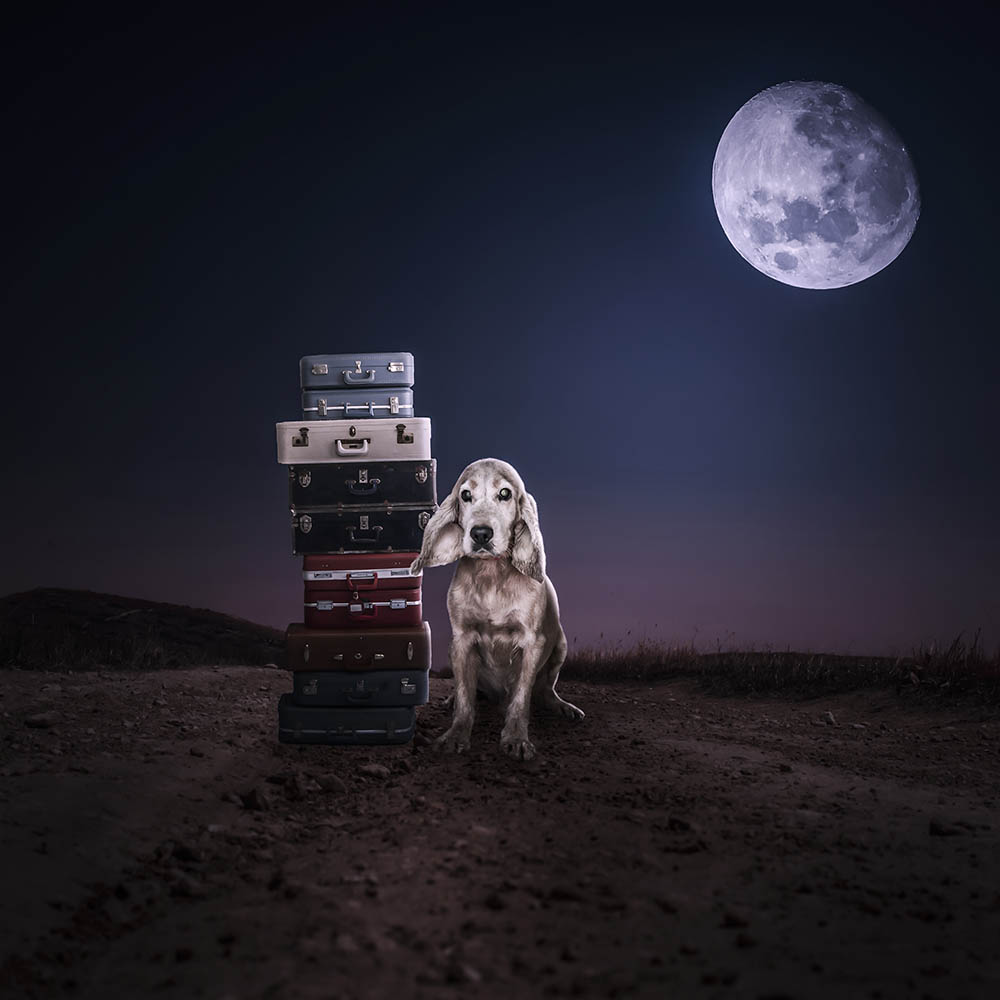 Tell us about the Bay Tree Rescue.

It’s a small rescue centre in Oroklini, Cyprus that takes care of dogs to help get them adopted. There is a huge problem with animals being dumped, hurt and abandoned over there without much or any legislation to help protect them, so Kayte’s place is one of the many rescue centres all over Cyprus that help with the problem. 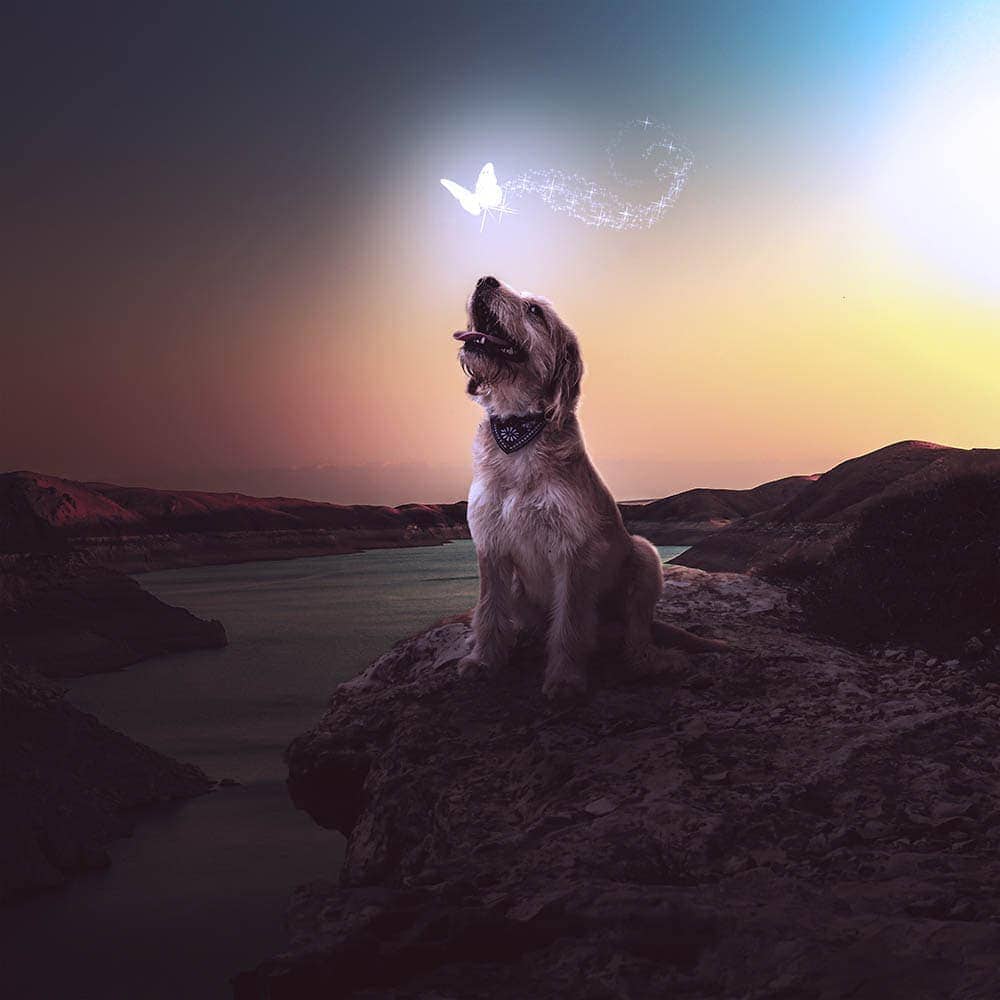 Where does the inspiration for your photography come from?

All over, I’m constantly looking at certain ideas or concepts, I’ve been known to leave a theatre and go to the lobby, find a pencil and paper and start jotting ideas…….used to drive my ex crazy 🙂

If I have an idea, I just have to find a way of putting it all together. 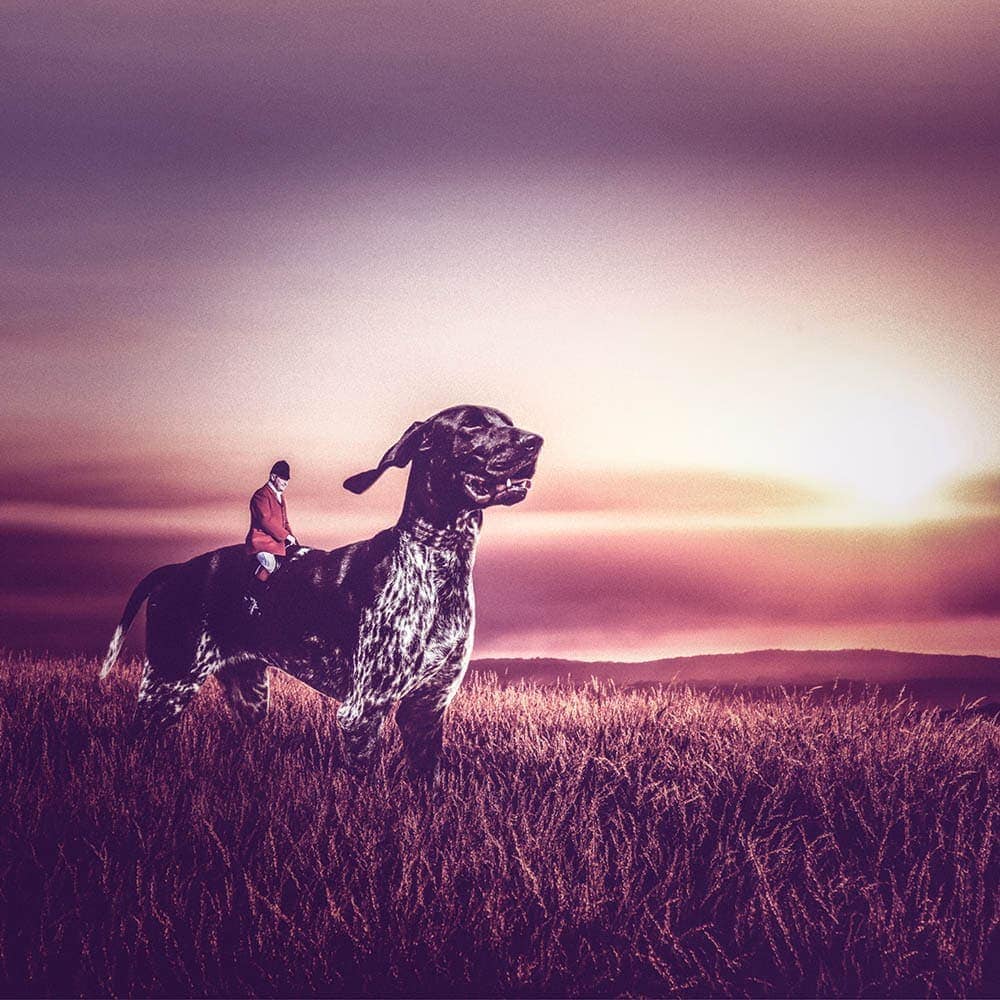 What’s involved in creating each of these photos?

About 20 hours for each (sometimes more, sometimes less). The first thing is to take the photo at the shelter, then scoot back and start planning conceptions based on the dogs background, personality or heritage. I then start to layer multiple images, add lighting and shadows then blending everything. It can be a long process. 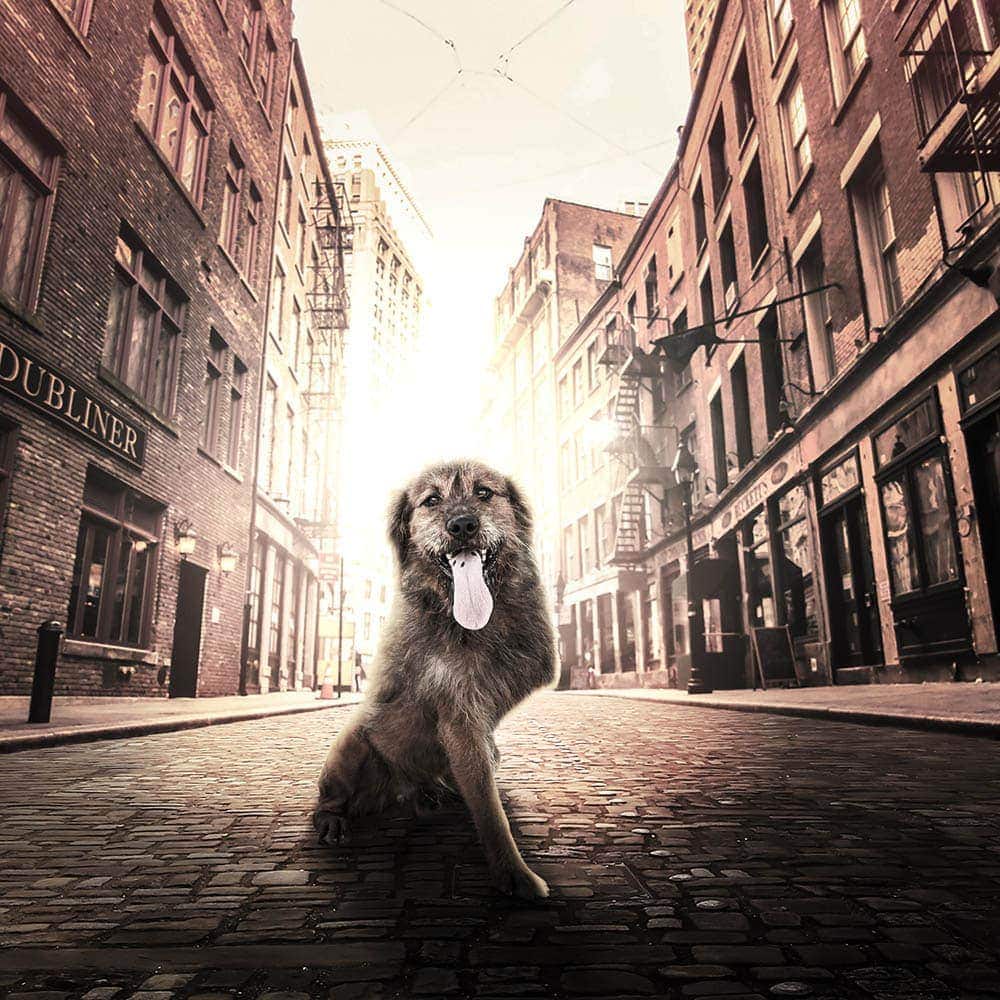 Do you have any stories of the dogs the you’ve photographed for The Bay Tree Project?

Too many to tell, from Fergus our 3 legged pup to Milly The Mermaid with her tied back legs. All the back stories will be in the book so I don’t want to give too much away 😉 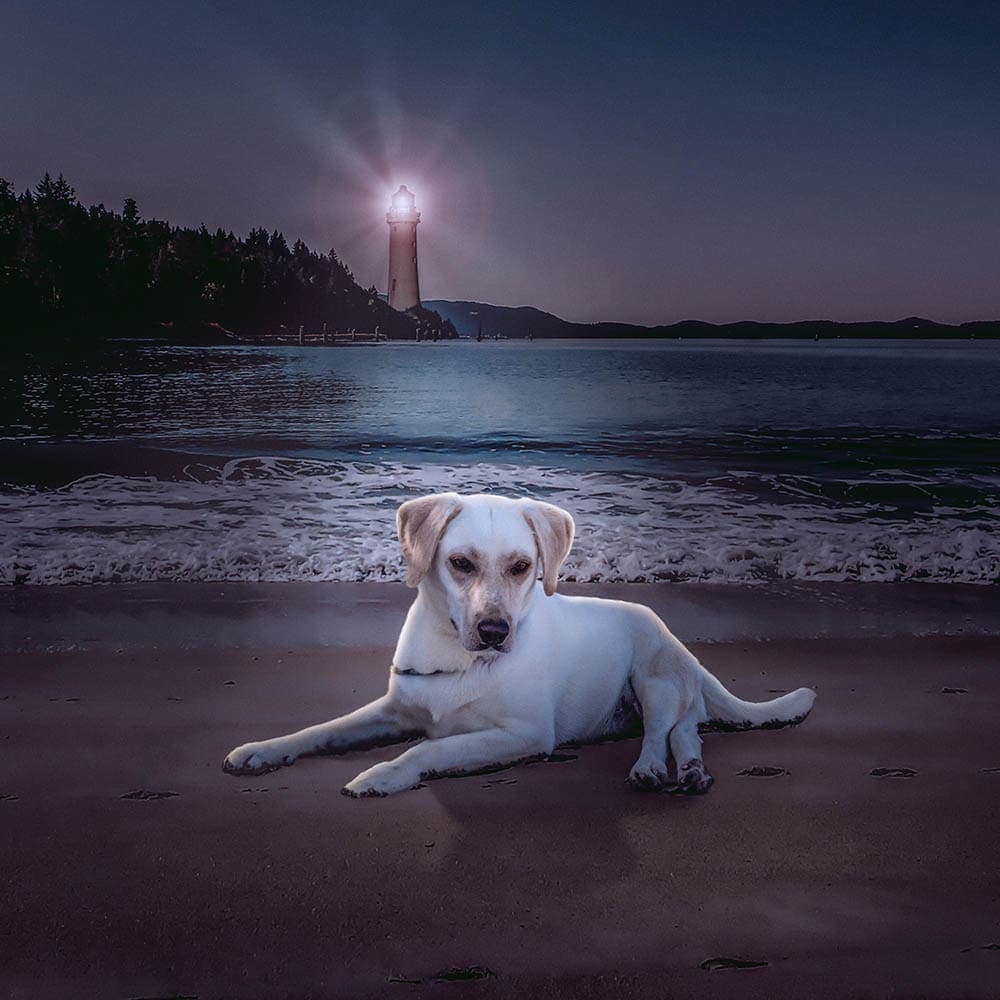 Do you know what has become of the dog stars of these photos? Have they found their happy ever after?

Over half of them have, unfortunately the ones that are less abled are still looking for their forever homes but we are getting there. The point of the project was not just to get these dogs adopted but to raise awareness for the problem over there (not that it’s worse than anywhere else but seeing the problem first hand was shocking). I guess these dogs are here to represent strays all over the world.

Overseas adoption is possible with Bay Tree Rescue – the best person to contact is Kayte directly (via Facebook). 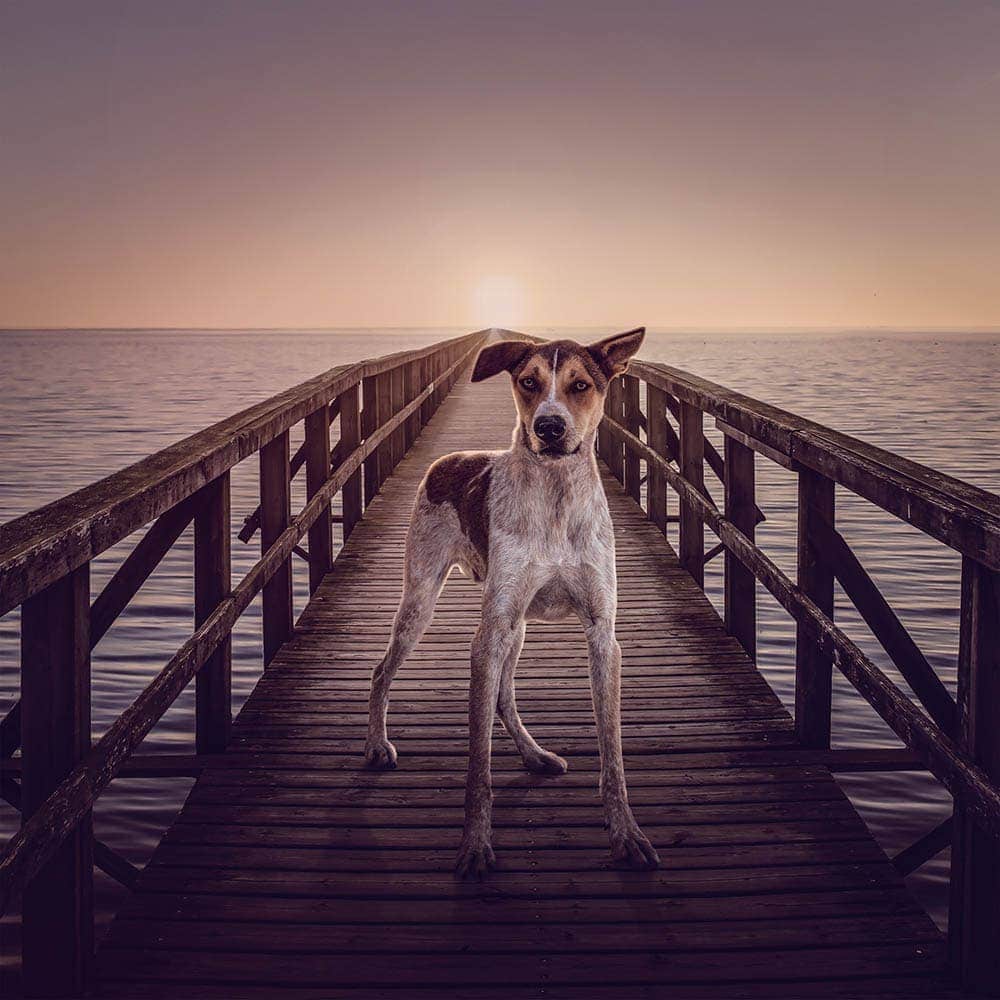 Do you have a favourite photo of those you’ve taken?

I love them all, but Ozzy The Pilot is one of my favs, in fact I am thinking of a childrens book series for him…….but we’ll see, got a lot to do for the book first. 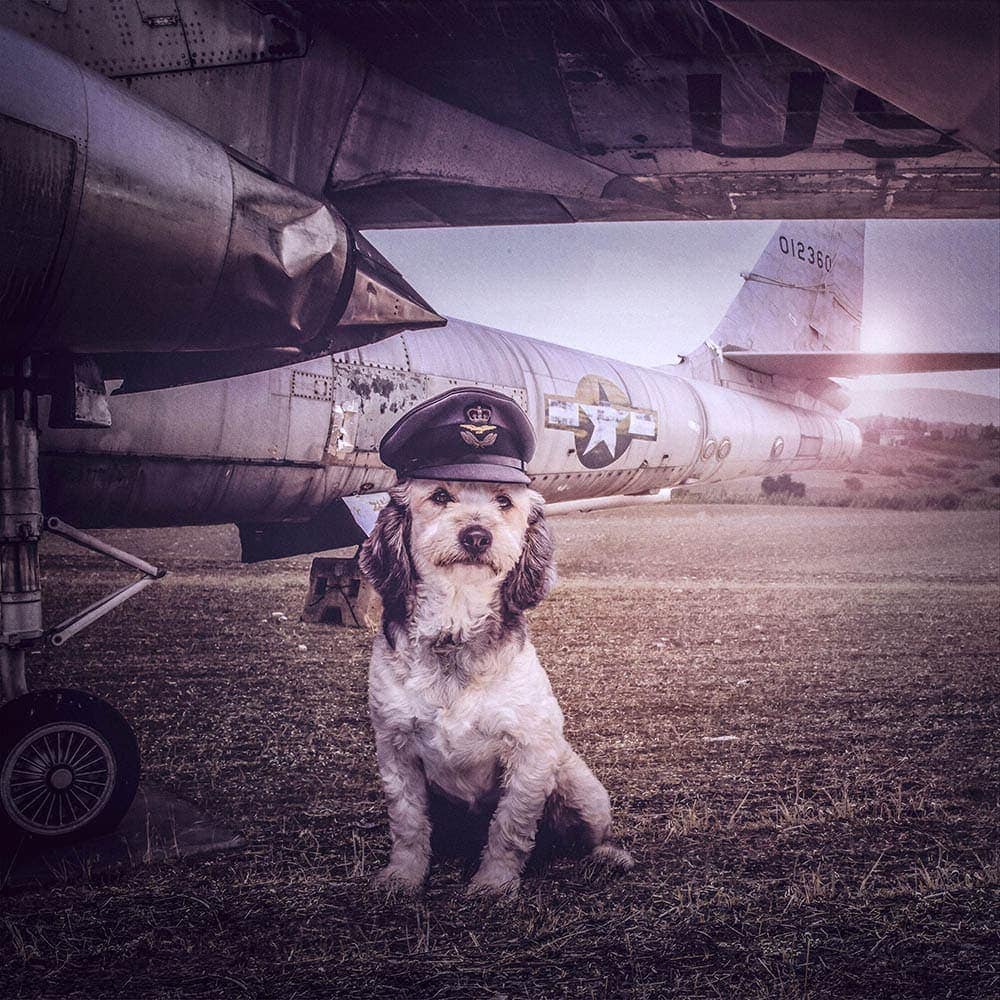 Aside from making a donation, are there other ways that people can help or become involved?

Absolutely, Bay Tree Rescue has a sponsorship program and Kayte is always looking for volunteers to help out.  Contact is Kayte (via Facebook) if you’d like to become involved.

When is the book expected? Where will it be available?

We are looking to publish for April, it will be available online with Amazon, eBay and hopefully with some major online retailers and pet magazines…..still working on that one. There will only be 1000 first of all and I’m going to be signing some copies for giveaways to help raise extra funds. 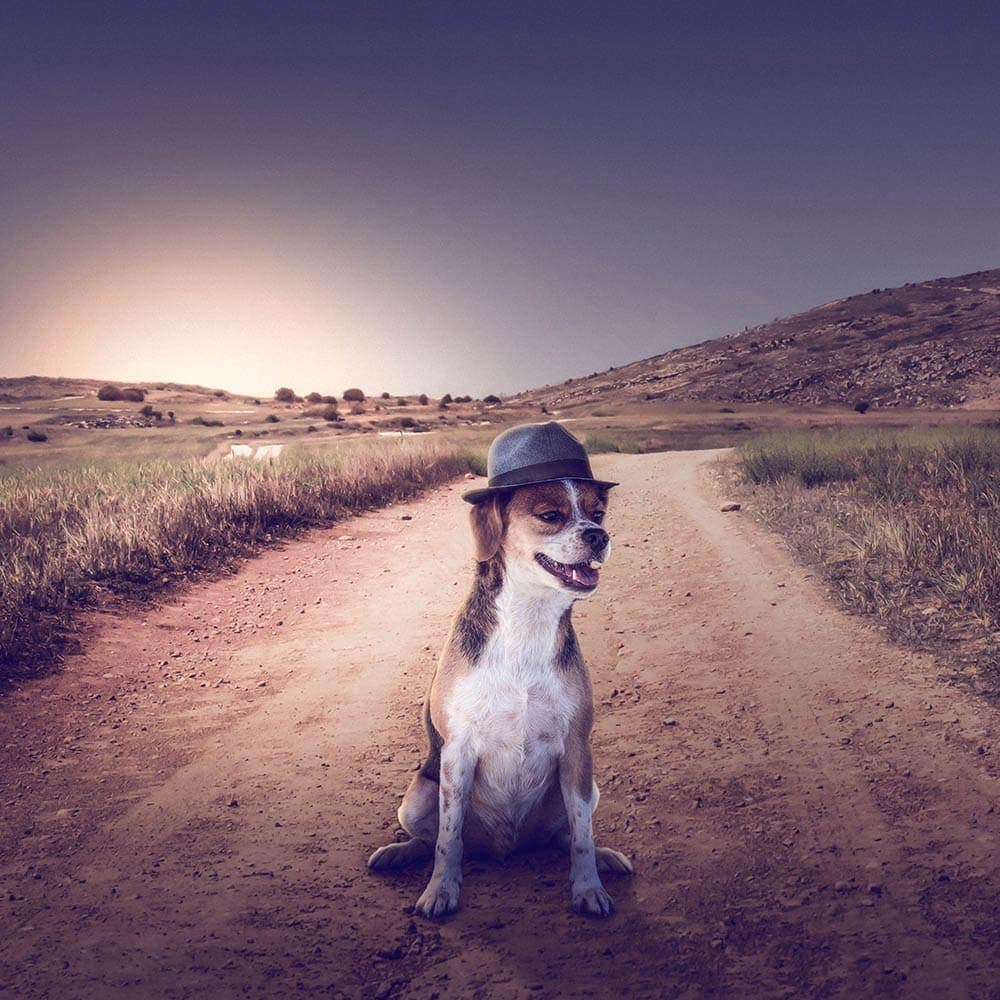 What’s next in The Bay Tree Project? What’s the next project for you?

Well I want to carry on with the Charity route, I genuinely haven’t thought that far ahead yet. I’ve had offers from animal shelters the world over but I need to stay focused on Bay Tree first, once that’s done I can look at the next steps. 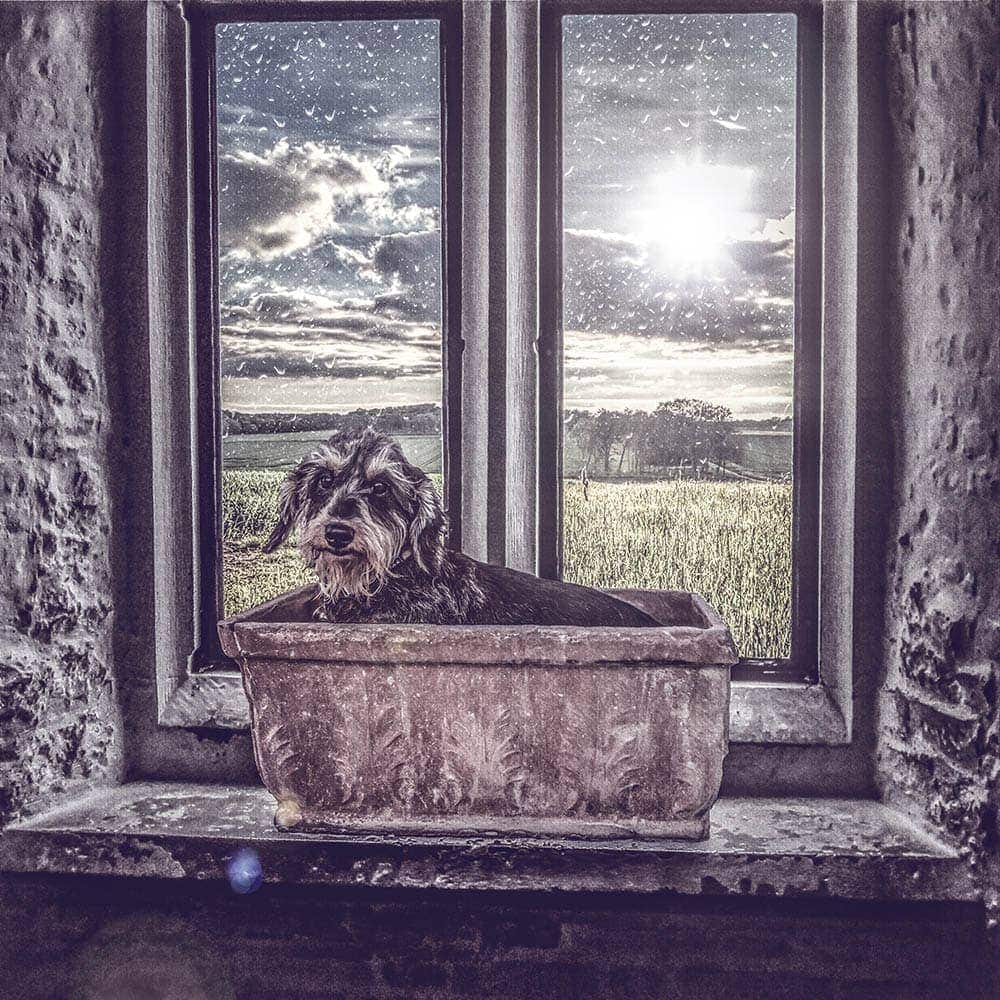 Do you have a dog yourself?

I wish I did, unfortunately because I move frequently between countries it wouldn’t be fair to the dog……although when I do settle, if Milly is still there to adopt, she is the one I would take……..without a doubt the happiets dog in the world.

To see more of the project visit the Bay Tree Project Facebook Page. If you’d like to support the Bay Tree Rescue through a donation you can do so on their Fundraising Page.