The Australian Cattle Dog is among the more popular dog breeds around, especially in Australia where they originated. These dogs are categorised in the Kennel Club’s Herding Group. And while they’re at home on farms and properties, they are can also be great companions dogs.

If you’re looking for a high-energy, friendly and intelligent dog, then the Australian Cattle Dog (ACD) might just be the perfect breed for you. 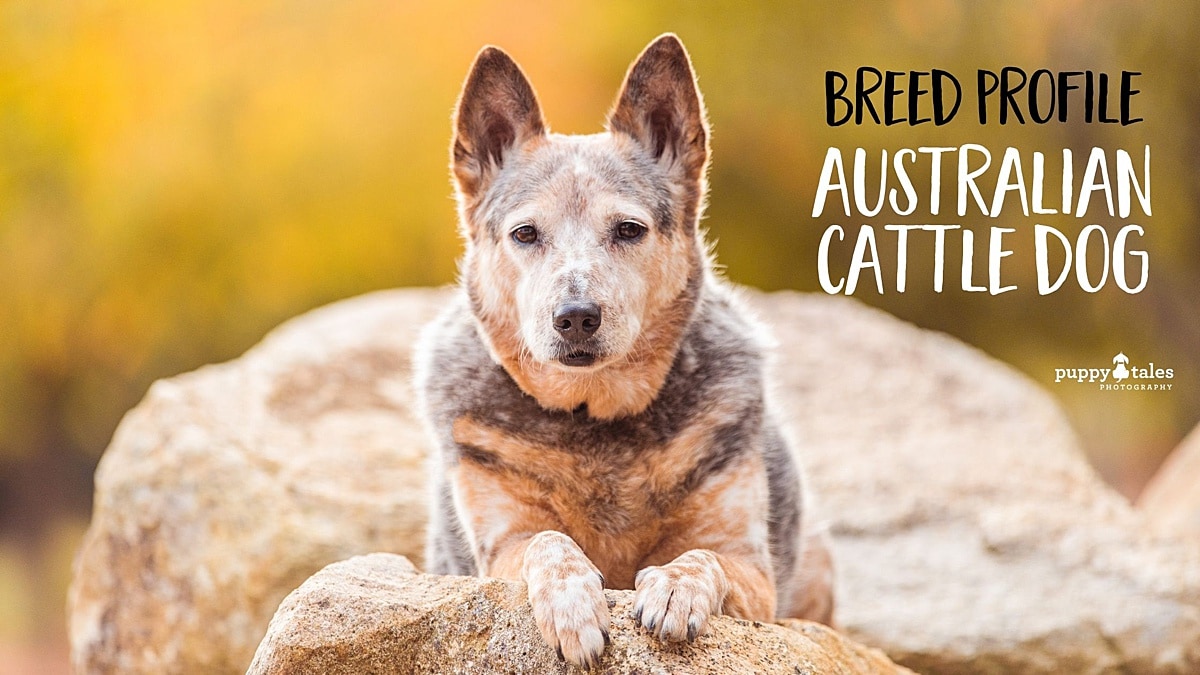 History of the Australian Cattle Dog

History: The Australian Cattle Dog was originally bred by settlers in Australia. They crossed their various breed (and some suggest some dingo bloodlines) to create a unique, tough, hard-working cattle dog. One that’s ideally suited to the tougher, warmer Australian conditions and outback. Other breeds involved in the mixing process were the Dalmatian and Collies. The Australian Cattle Dog is largely credited for using its expertise to help farmers efficiently expand the Australian beef industry.

The Australian Cattle Dog is energetic and generally not considered well suited for apartment living. As an athletic dog they need more than just a quick walk or a short burst of playtime in the backyard. They are going to thrive in homes where they get regular exercise and have a fenced area or property to run and play.

You can meet Australian Cattle Dog’s exercise requirements through activities and games like:

The Australian Cattle Dog is highly intelligent. They love when they have a job to do. They have a tendency to become destructive when bored or confined without activity and company. Early socialisation and obedience training are considered a must for these dogs. They are going to especially enjoy any training that incorporates their natural talents like herding or agility.

Like all dogs, Australian Cattle Dogs need exposure to many different people, sights, sounds, and experiences during puppyhood. Start training as early as possible, ideally when the pup is between 8-12 weeks of age. Our Puppy Socialisation Checklist is a great starting point if you’re welcoming a new Australian Cattle Dog puppy.

Australian Cattle Dogs are playful dogs and enjoy playing with their human family. They are known to be gentle and friendly with children where appropriate interactions, introductions and training have occurred. They should, however, be supervised, especially during playtime, where they may display their natural dominance herding or nipping behaviours toward children.

A healthy and nutritious diet is going to contribute significantly to the overall health of your Australian Cattle Dog. As active canines, they are going to need good nutrition to meet their needs and appropriate to their dog age, metabolism and physical activity.

If you like vigorous outdoor exercise, an Australian Cattle Dog could make a great canine companion. Just remember that these are intelligent dogs who need stimulation. Don’t expect them to keep themselves entertained all of the time.